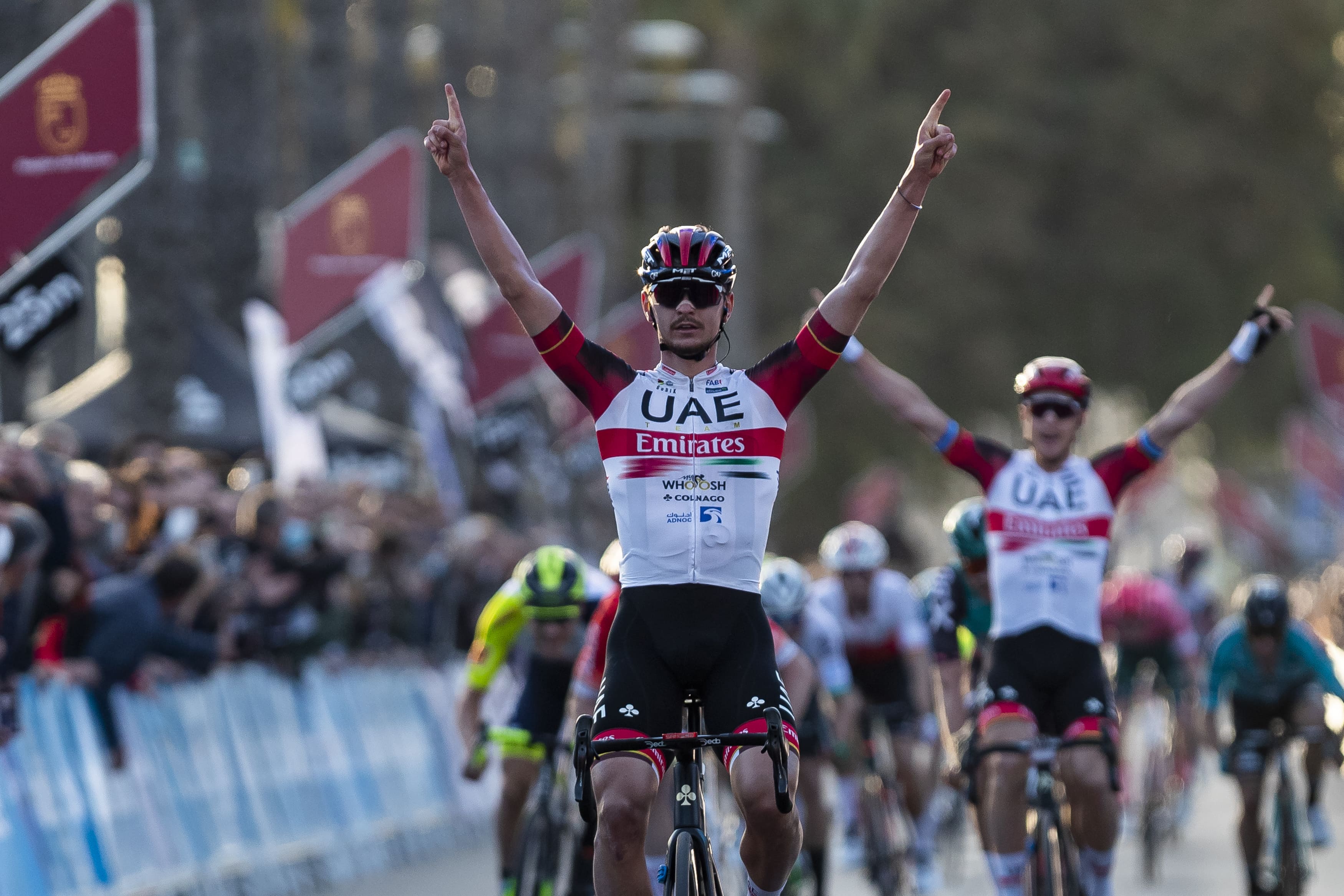 Alessandro Covi, winner of the last edition of the Vuelta a la Región de Murcia "Costa Cálida" - Gran Premio Primafrio - and Matteo Trentin, second classified, will be part of UAE Team Emirates, who will be looking for a repeat victory with a line-up full of stars.
Apart from the Italians, there will also be the Swiss Marc Hirschi, who this year is expected to return to the cyclist who impressed the world in 2020, when he won a stage of the Tour de France, the Flèche Wallonne and won the bronze medal at the World Road Championships held in Imola, as well as taking second place in the famous Liège-Bastogne-Liège, in which a manoeuvre costed him his chances in the sprint.

Four of Joxean Fernández 'Matxin' team's most outstanding signings for this year will also be at the start in San Javier.
Domen Novak, countryman of Pogačar and who is expected to be one of the men of confidence of the winner of two Tour de France; the Belgian Tim Wellens, classicist by excellence, the New Zealander Fisher-Black, and the rider who can be the great revelation of the season that now begins: Jay Vine. The Australian, who showed in last year's Vuelta a España  his great climbing skills by winning two stages: on Pico Jano, in Cantabria, and two days later, on the brand new summit of Fuancaya. These victories allowed him to become the leader of the mountains, until he had to abandon the race due to a crash.

Vine made it clear that he is not just a videogame cyclist. The Australian won the Zwift Academy and that earned him a professional contract with Alpecin, which he left to join UAE. This year, he has already been crowned Australian time trial champion. This indicates that, as well as being a great climber, he will have to be counted on for more.
With these riders, UAE will undoubtedly become the team to beat in the next edition of the Vuelta a la Región de Murcia "Costa Cálida" - Gran Premio Primafrio - to be held on February 11.